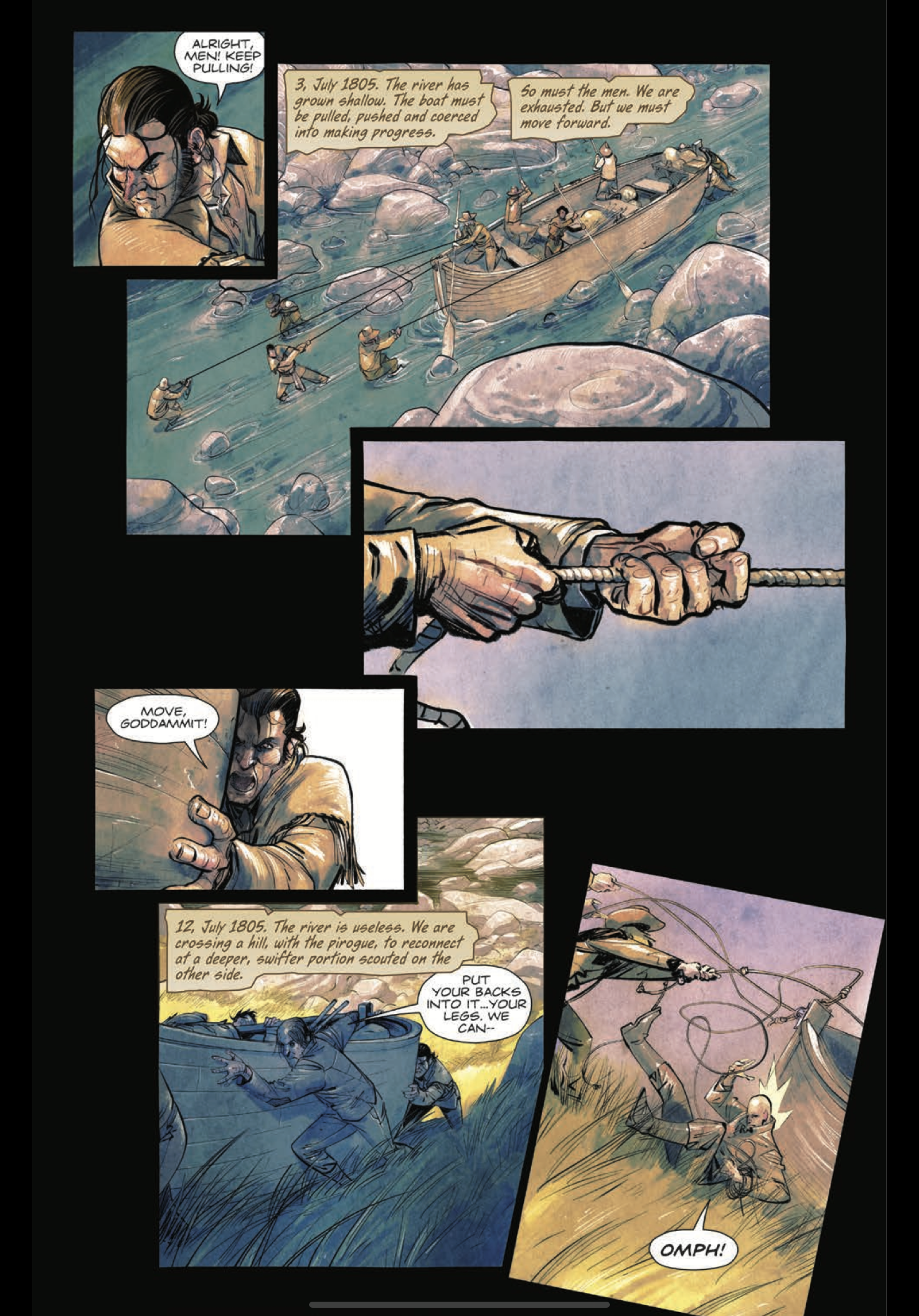 I really love me some American history – in particular Lewis and Clark who embarked on the mission of a lifetime for the two explorers and inevitably what they achieved. Without the curiosity of the young explorers, their bravery and the guidance of Sacagawea – the west coast of the United States my not be what it is today.

Captain Meriwether Lewis and Second Lieutenant William Clark were commissioned by President Thomas Jefferson to explore the uncharted United States westward. This story Published by Image Comics’ Skybound imprint shapes the story mildly.. Issue number 43 takes the explorers and their team to a mountain face which they have to climb. There are terrors to be found in the sci-fi scope that caught my attention!

There are two moments in this book, one with the story on hand and a moment that happened prior to the immediate story. The flashback scene involved Lewis and Clark reflecting on them taking turns in leading their team which eventually leads to tragedy. Chris Dingess does an outstanding job in jumping to and fro – leading to an unsung hero. The pacing is flawless, Dingess gives readers the feeling of a nail-biting scene from a Hollywood thriller! And I  absolutely loved the art of Matthew Roberts and the colors of Owen Gieni for the rustic feeling and taking us back to the 1800s.  Finally the lettering by Pat Brosseau for his quality work, adding words without taking away the suspense and action from the panels.

For history fans who love adventure stories, Dingess, Roberts nail this. Do ya’self a favor and check it out! ⭐️⭐️⭐️⭐️⭐️ 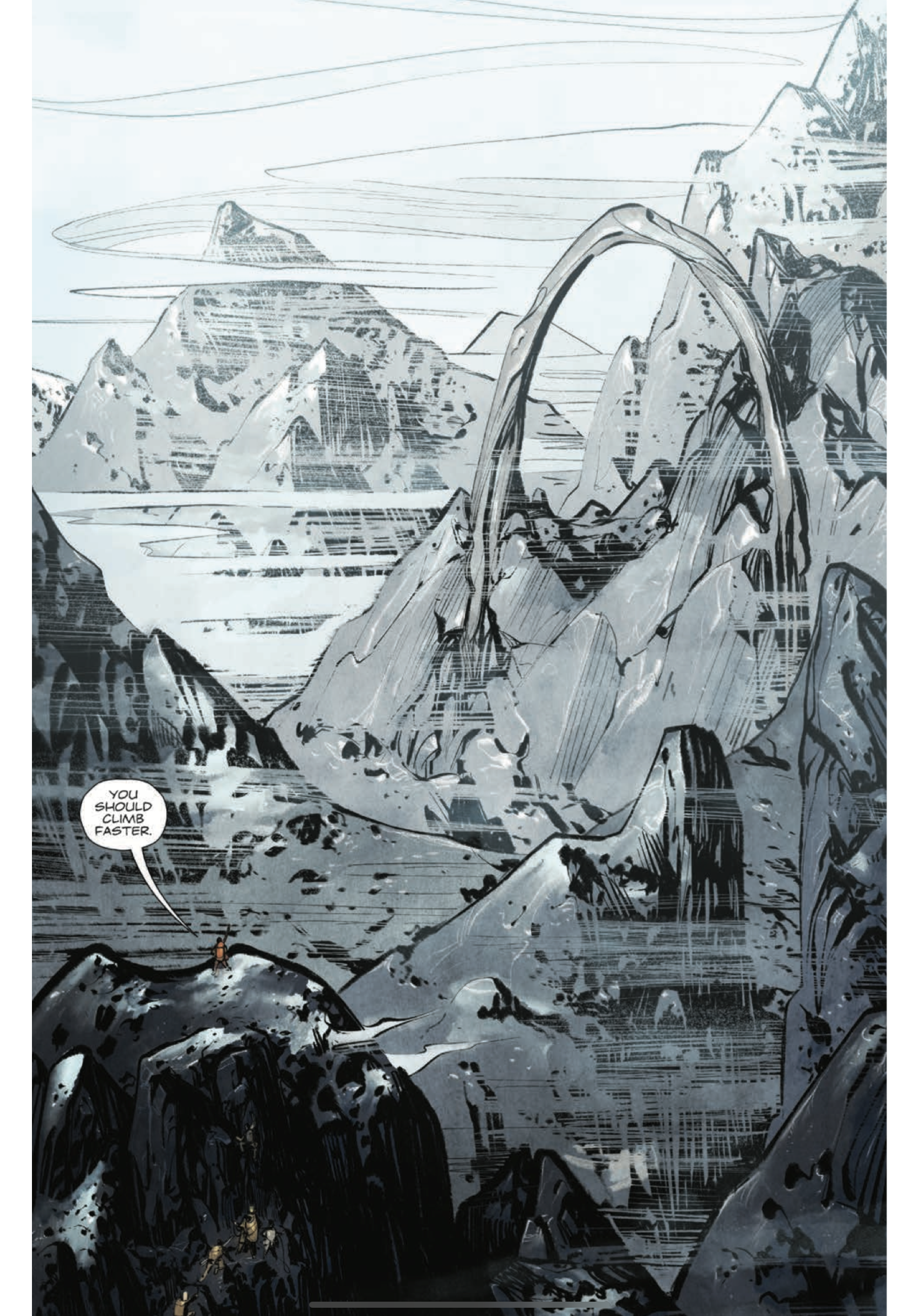 The Wonder from Down Under,
Dodgy is a senior contributor to Comic Crusaders and is Vice President of sister company Undercover Capes Podcast Network.
He is an advocate of indie comics and is host of Indie Comics podcast Flipside Focus and also co-host of Marvel Podcast No-Prize Podcast.

When not reading comics and recording podcasts, Dodgy enjoys watching movies, a fan of the NBA, collecting action figures and walking his dog Phoenix. He is an advocate for Depression awareness!